Names not known, but one was a Renenant

A heroic Name seen both as a Revenant under the Dead King, but also a Name called upon by Hanno, where he uses it to escape a binding while fighting the Black Knight.[1][2]

Being a Revenant of the Dead King meant that she was exceptionally powerful to have survived the future incursions of the Dead King as well as to be in charge of watching over the Woe. Despite this power, she has been repeatedly thwarted by the band as well as making fatal mistakes due to the revenant's pride.

The Name like many other roguish names harbours a weakness in the endurance similar to Thief and Assassin. It requires other members to truly show their strengths.

Thief of Stars is implied to have gone for objects very hard or impressive to steal. This brought the known revenant to her downfall as she tried to rob The Silent Palace from the Dead King, and was made it's guardian after her death. 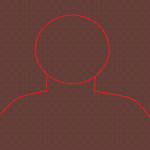